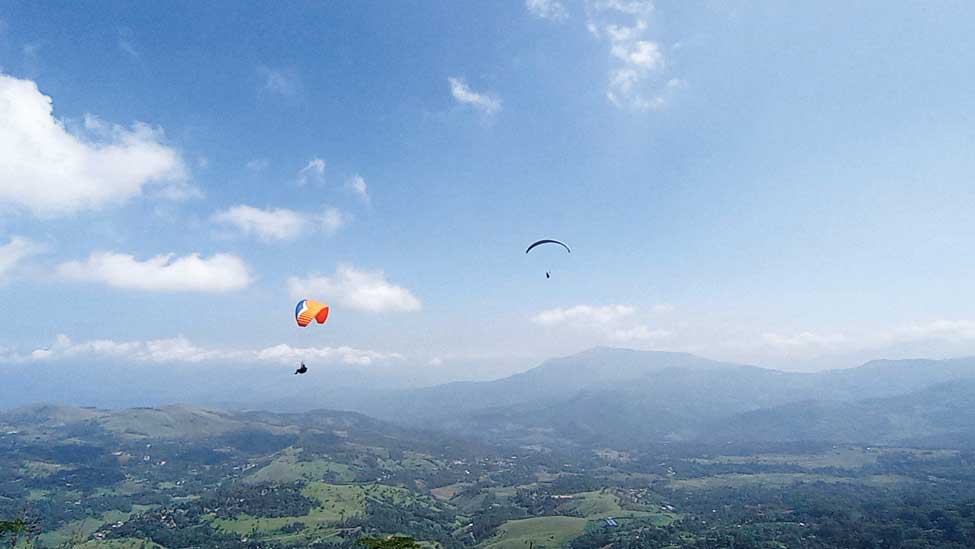 Sri Lanka is known globally for its beautiful vistas and entertaining capital Colombo. Ranked by Condé Nast as one of the best countries to travel to in 2020, the tropical island paradise is slowly but surely expanding its repertoire to reach out to travellers who are both health conscious and thrive on exhilaration. Enter paragliding and futsal…

Flying has fascinated human beings for eons. And here in Sri Lanka, it is no different as ancient myths capture narratives about the world’s first flying machine designed by the legendary King Ravana of Ramayana fame. 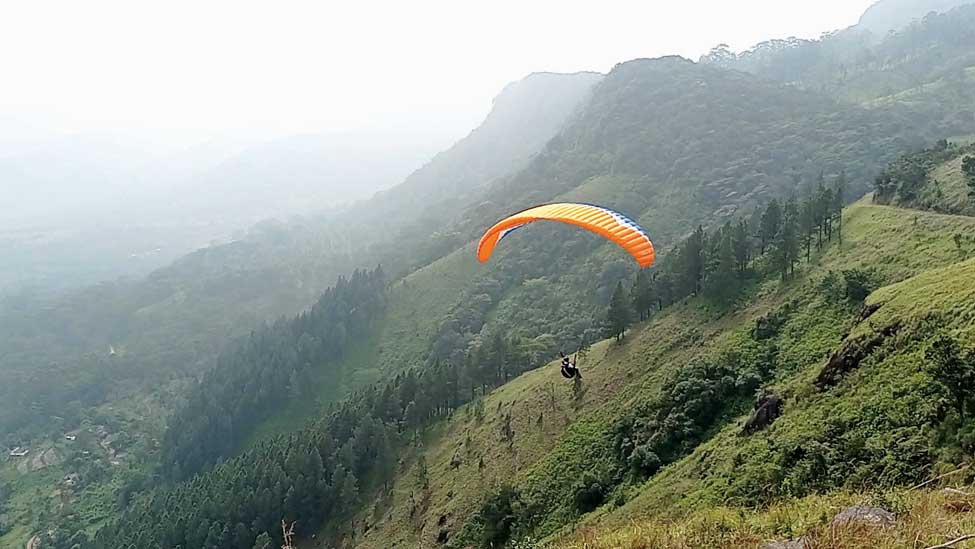 In modern times, people have endeavoured to be among the clouds ever since the Wright brothers proved that manned flight was possible. Paragliding enables you to feel the rush of cool breezes, enjoy a bird’s eye view of the countryside and experience the exhilarating thrill of gliding through the air. Though paragliding and paramotoring are in their infancy here, a few operators are qualified to offer you the experience of a lifetime up in the clouds – quite literally, at that…

Sky Adventure is based in Sigiriya in the Dry Zone in the country’s centre. It’s equipped to teach you the vital skills you’d need to float up high, and away from the hustle and bustle, and see the beauty of the island below you. 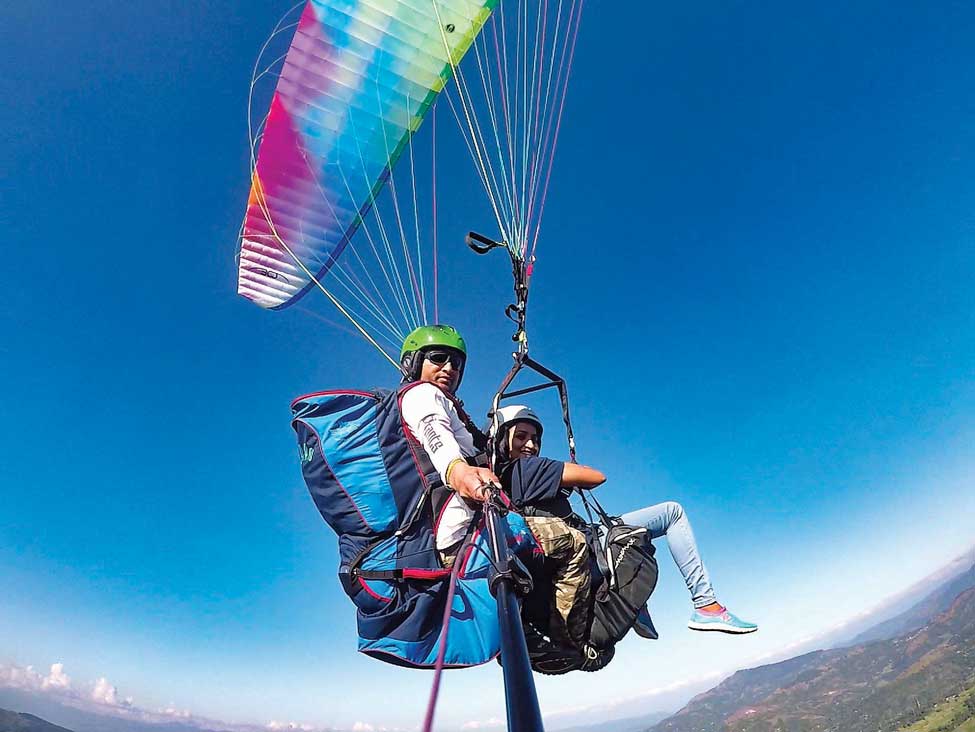 Tandem paramotoring flights are also offered by Fly Sri Lanka in Bentota on the southern coast of Sri Lanka for those who would rather fly with an experienced pilot. You can take in the surrounding vistas without having to control the machine yourself.

This service operates from September to May depending on weather conditions and is an ideal way to take in the azure blue waters of the Indian Ocean, verdant hills of the central massif and lush green paddy fields that characterise the mixed palette of the island.

Ever wanted to dribble as Messi so mesmerisingly does or bamboozle opponents like Ronaldinho? Would you like to hone your football skills without the necessary training and restrictions?

If so, then futsal is for you – it’s fast-paced and will take all your powers of concentration to manoeuvre a small low-bouncing ball in a restricted space between opponents and into the goal.

Futsal comes from the Spanish words futbol sala, which loosely translates into hall or lounge football. In Brazil, futsal is played far more than regular football – and that explains the crazy dribbling skills exhibited by most footballers in that country. 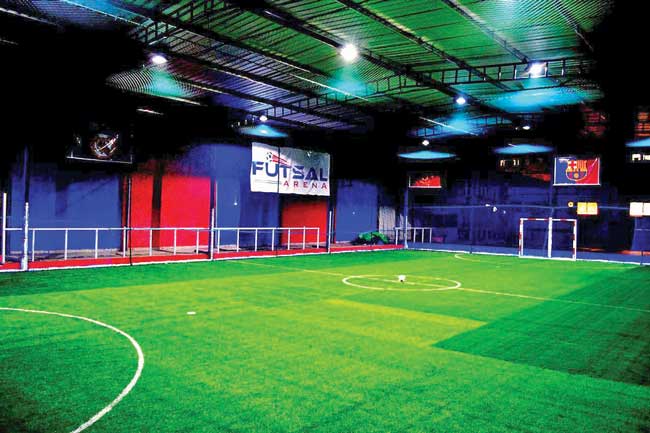 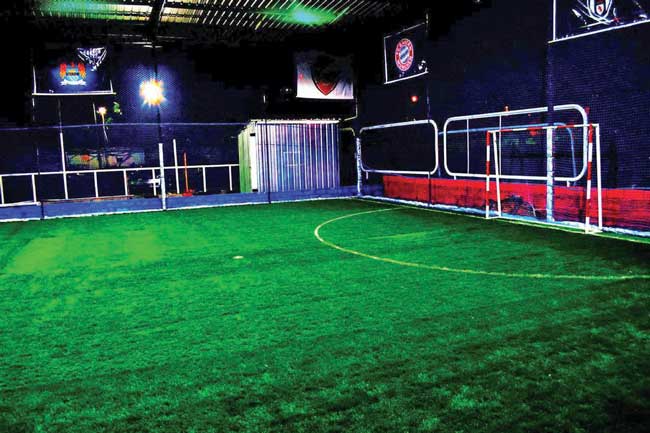 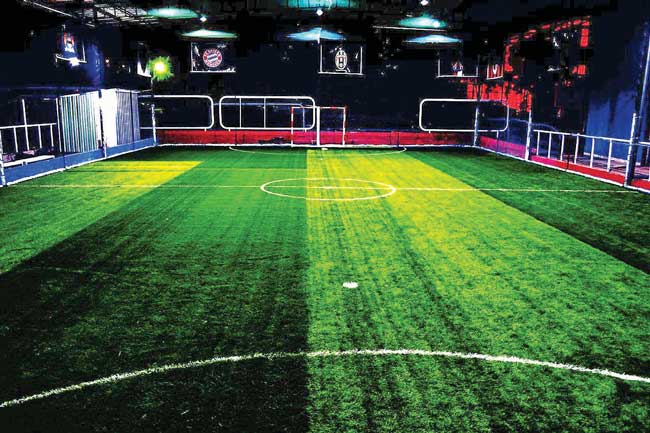 Introduced in the 1930s by Juan Carlos Ceriani, a Uruguayan educator in Monte – video, futsal was originally fashioned to be played on a basketball court. Since then, it has grown to include its own professional body, rule books and tournaments being played around the world with quite a following.

The game is played by a team of five including the goalkeeper over two periods of 20 minutes, each with a maximum number of 12 players used in a match. What’s more, futsal is fast building itself into a popular form of exercise for groups of friends or workmates.

The Futsal Arena, which is located at Excel World, is dedicated to fulfil all your futsal needs and offers an opportunity to play for fun or exercise. You will need to reserve the field as a number of Sri Lankans play the sport after work as a form of stress release.

THE ALLURE OF COLOMBO