A colonial park and historic castle 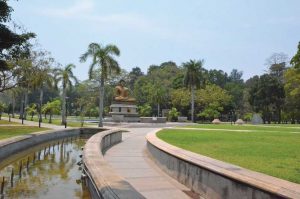 Sri Lanka is unmistakably beautiful with its diverse landscape, rich culture and iconic landmarks, many of which are attributable to the legacy of British colonial rule. VIHARAMAHADEVI PARK Once known as Victoria Park, this is Colombo’s oldest and largest public property. Located opposite the city’s majestic 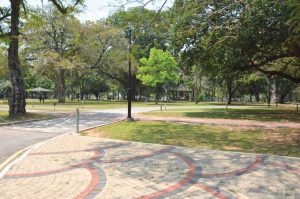 Town Hall in Cinnamon Gardens, the park was opened in 1897 and named after the then reigning Queen
Victoria. It was subsequently renamed after Queen Viharamahadevi of Sri Lanka and her commemorative
statue lies alongside one of the main walking paths.

Viharamahadevi Park has come a long waysince its reputation in the 1980s as a clandestine meeting place for lovers. Today, the park makes for a cosy picnic spot for city dwellers who love basking in the sun, a fun place for children to buy candyfloss or ride a swing, a reading nook for bookworms and a flourishing
photo op for tourists.

And the park continues to present itself as a haven for nature lovers with its lush gardens, towering trees and tropical flowerbeds. The presence of a huge gold toned brass Buddha statue opposite the Town Hall
entrance is bound to take one’s breath away. This statue is flanked by water fountains and lotus ponds. There’s also a Cenotaph War Memorial in the park to honour the fallen heroes of World Wars I and II.
Recent additions to the park’s attractions include dedicated bike lanes, manicured

lawns, structured walking paths, resting benches, dozens of night lamps and even exercise machines.
Visitors are welcome to rent a bike for a fee. At night, the park exudes a dreamy Parisian aura with its regal lamps, lit pathways and fountains that glow with neon lights. On the western side of the park lies the children’s play area complete with train rides, a colourful playhouse and an aquarium. The park is open daily from 8 a.m. and entrance is free.

RICHMOND CASTLE Built between 1900 and 1910, Richmond Castle is an Edwardian mansion located in Palatota. The once stately home is perched on a hill two kilometres from Kalutara adjoining the Kalu Ganga and located on a large estate beside the Kalutara- Palatota Road. 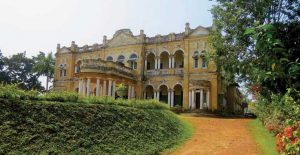 This architectural wonder was constructedby the local landowner and philanthropist Padikara Mudali Nanayakkara Rajawasala Appuhamilage Don Arthur de Silva Wijesinghe Siriwardena.He studied in Britain and upon completing his education, he was bestowed the title Mudaliyar (an honorific for eminent persons of the first rank) by the King of England. He returned to the then Ceylon to take up this noble position. 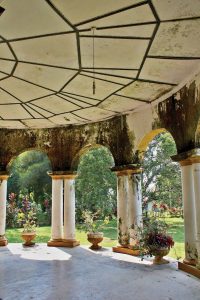 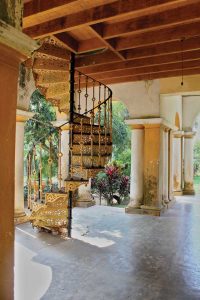 History buffs will be interested to know that Siriwardena moved into Richmond Castle upon his marriage to Clarice Matilda Maude Suriyabandara in 1910. The couple spent many blissful years together, decorating their home and entertaining dignitaries and noblemen. Sadly, they didn’t have children and
later separated. With its mustard facade, Richmond Castle is a two storey building that contains 16 rooms,

a banquet hall and an impressive courtyard. The interiors comprise stained-glass windows, spiralling wrought iron stairways and elongated corridors while marble statues adorn the lawns.It’s said that the manor has 99 doors and 34 windows, and all construction supplies,building materials and even the bathroom fittings were sourced from overseas. These materials include floor tiles from Italy and
Burma teak for the carvings on the grand stairway. 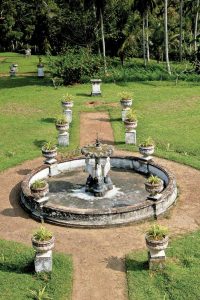 Siriwardena passed away in 1947 and since 1956, Richmond Castle has been under the patronage of the Department of the Public Trustee. This stately home is open to visitors from 8.30 a.m. to 4.30 p.m. on weekdays for a nominal entrance fee, which includes the services of a tour guide.

0
Thraindu Perera November 1, 2021
No Comments Yet