Day Tour
Planning to visit Sri Lanka and want to know how to make the best of your holiday? Check out this itinerary and explore the best that the island has to offer in a short span of seven days! 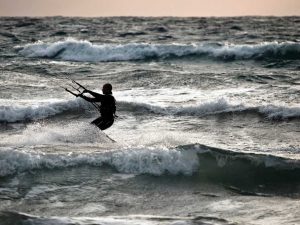 Sri Lanka’s best kitesurfing destination, Kalpitiya is also a popular spot for beach lovers and dolphin watching. This little town at the tip of the peninsula north of Puttalam is surrounded by the Dutch Bay and Puttalam Lagoon. Farther to the north is a Dutch fort dating back to the mid-17th century and an old Dutch church a few metres away. Kalpitiya offers other fun activities such as kayaking, windsurfing and diving in the lagoon, as well as birdwatching at the Anawilundawa Bird Sanctuary.

Slightly over three hours from Kalpitiya (123 kilometres via the A12)

Take a day tour of one of Sri Lanka’s major national parks, which is home to a dense population of leopard, sloth bears, aquatic birds and rare endemic fauna. Wilpattu is as old as the Sinhalese race since it was the home of Queen Kuveni – who is referred to as the ‘mother of the Sinhalese people.’ 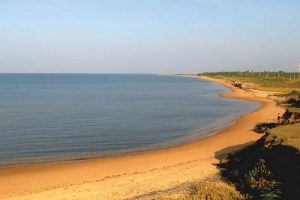 Welcome to the largest islet of Sri Lanka’s isles. While it may seem a dry and barren wasteland, Mannar is beautiful in its own right. On the way, you can drop by the ruins of the Doric Bungalow in Arippu, which was once the residence of the first British Governor of Ceylon. Enjoy spectacular views of uniquescenery, and the various migratory and resident aquatic birds that flock to the water holes. Mannar is also thebest place see the famed flamingo gatherings. 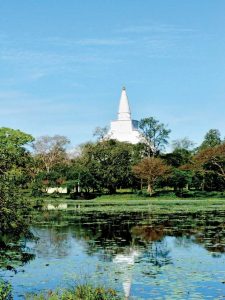 Slightly over two hours from Mannar (118 kilometres via the A14)

This is one of Sri Lanka’s most sacred cities. It was the first capital of the ancient kingdoms and the greatest monastic city in the ancient world. Majestic stupas, glorious palaces and pavilions, vast reservoirs and ruins of the past are masterpieces of architecture, art and engineering that can be seen to this day. 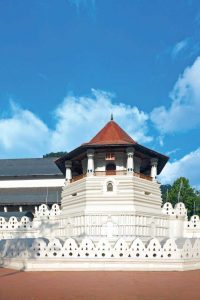 Slightly over three hours from Anuradhapura (136 kilometres via the A9)

The island’s former capital, located in the centre of the country, is another of Sri Lanka’s sacred cities. Kandy, which was the last kingdom in Sri Lanka, is home to the iconic Temple of the Sacred Tooth Relic. Visit the nearby Royal Botanical Gardens in Peradeniya or stroll along the busy streets that surround
the Kandy Lake – there is much to see in a day. 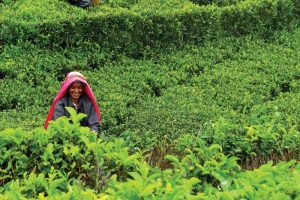 Enter the home of Ceylon Tea and Sri Lanka’s cool upcountry retreat. Vast expanses of tea estates
carpet the hills and mountains that border Nuwara Eliya, which is nestled in a valley. Invest in a tuk-tuk
tour to see the spreading estates, hike the forest paths to Single Tree Hill or take a brisk walk along the chilly banks of Lake Gregory. 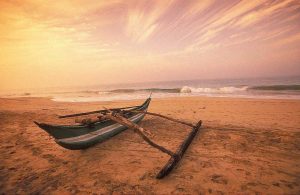 Wind down and enjoy the last savoury bits of your vacation on the mesmerising beaches of this tropical paradise with a visit to the quaint lagoon hamlet of Negombo, which is a few kilometres away from the international airport where you began your itinerary.Two and a half hour drive from Kandy (76 kilometres
via the A5) Enter the home of Ceylon Tea and Sri Lanka’s cool upcountry retreat. Vast expanses of tea estates carpet the hills and mountains that border Nuwara Eliya, which is nestled in a valley. Invest in a tuk-tuk tour to see the spreading estates, hike the forest paths to Single Tree Hill or take a brisk walk
along the chilly banks of Lake Gregory.

0
Thraindu Perera November 1, 2021
No Comments Yet