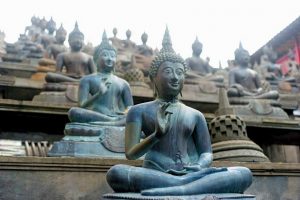 GANGARAMAYA TEMPLE
Built in the late 19th century, the Gangaramaya Temple is a revered Buddhist site located in Colombo. It was established by the famous scholar monk Ven. Hikkaduwe Sri Sumangala Thera, and serves as both a cultural centre and place of worship that attracts thousands of tourists as well as pilgrims.Thanks to its international renown, the site has gradually evolved to display an eclectic mix of Sri Lankan, Thai, Indian
and Chinese architectural styles. This demonstrates its growing cultural significance to followers of the Dhamma both at home and abroad.

The nearby Seema Malaka, which is an assembly hall for monks, was commissioned by a Muslim sponsor and designed by the late Deshamanya Geoffrey Bawa, making the temple a testament to the island’s inter-ethnic communion and artistic talent. 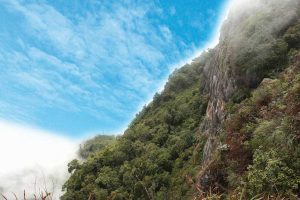 WORLD’S END
Located at the sharp edge of the Horton Plains plateau in the central highlands of Sri Lanka, World’s End offers acommanding view of the surrounding montanevistas. Early risers who are fortunate to be hiking
on a good day with suitable weather could well be treated to a stunning view that includes a glimpse of the shoreline several dozen kilometres away.

The plains get their name from former British Governor of Ceylon Sir Robert Wilmot-Horton. Apart from a diverse array of  flora and fauna, the locale also includes prehistoric tools from the Balangoda period. 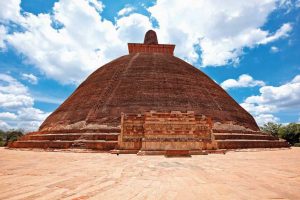 ANURADHAPURA
With a history that stretches as far back as the 10th century BC, Anuradhapura is covered in myth and legend. After serving as the seat of kings, the royal city was abandoned until it was gradually rediscovered
in ruins by European powers between the 17th and 19th centuries.

Popular sites in this ancient city include the Jaya Sri Maha Bodhi sacred fig tree planted in 288 BC,
Ruwanwelisaya Stupa and Abhayagiri Dagoba. Anuradhapura occupies a venerated position in Sri Lankan history as one of the holiest places in the island. 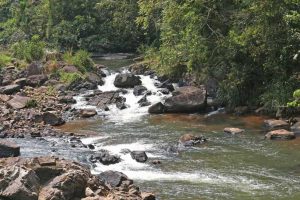 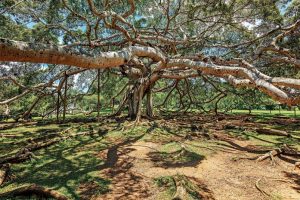 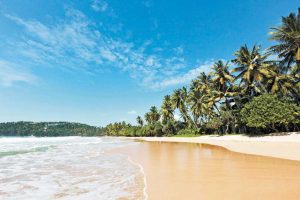 Here’s a fishing town with a beach that hasn’t waned in popularity. Mirissa is the largest fishing port on the southern coast, and is known for its tuna, mullet, snapper and butterfish. It also serves as a popular port where adventurous tourists can hire a boat and sail out to sea, to engage in whale and dolphin watching.
Mirissa’s beach is a pristine and secluded strip of golden sand that serves as the town’s main anchor
for tourism. It attracts dozens of tourists each day,and invites them to sunbathe and surf at one of
Sri Lanka’s best tourist beaches. 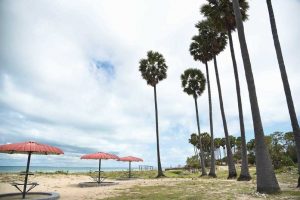 Delft island is one of several examples of Sri Lanka’s enduring Dutch influence. Named after the town of Delft in the Netherlands, this city and municipality is located in the Palk Strait.A treasure trove for lovers of history and culture, it is dotted with several remnants of the country’s Dutch past including the ruins
of a fort complete with stables, dovecote and lighthouse.

The island is also home to wild horses, which are the descendants of the steeds left behind by the Dutch. Visitors will see an even older baobab tree planted by the first wave of Arabian sailors to reach Sri Lanka in the 7th century AD. 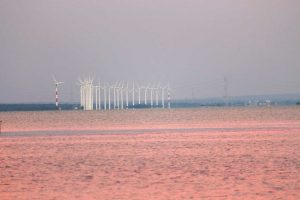 Two distinct kitesurfing seasons operate in Kalpitiya. The first runs fromMay to October while the second lasts from mid-December to midMarch. Adrenaline hungry enthusiasts are free to strap themselves to a kite and surf the waves after a training period in this extreme sport.

The surfing area encompasses two stretches along Vellai Island and the west end of the Kalpitiya Lagoon. However, since this is one of the most dangerous water sports on offer, the thorough training session is as costly as it is mandatory. 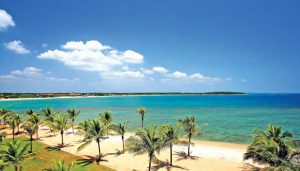 A coastal town northwest of Batticaloa, Pasikudah is one of the most popular beach destinations along the eastern coast of the island. The area has grown in popularity since the end of the civil war, and features several resorts and guesthouses, which cater to increasing numbers of surfers and other beach
life enthusiasts.

As a picturesque and pristine location, Pasikudah is known to have one of the longest stretches of shallow reef coastlines in the world, which enables people to walk for several metres without experiencing a dip
of the seabed. 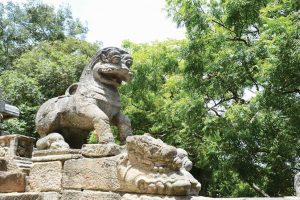 A former capital of ancient Sri Lanka, Yapahuwa lies between Kurunegala and Anuradhapura. It gained
temporary prominence in 1272 when King Bhuvanaikabahu I transferred his capital to Yapahuwa from
Polonnaruwa.

Built on a large 90 metre high rock, this imposing citadel features an ornate staircase, traces of ancient
battlements including the remains of a stupa, a sacred bo tree enclosure and a rock cave used by Buddhist
monks. An interesting feature of this archaeological site is the four tiered construction of the rock with each being of unique significance