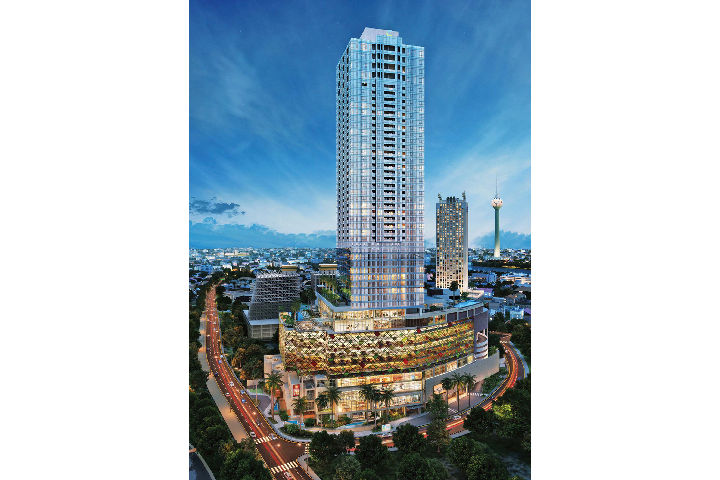 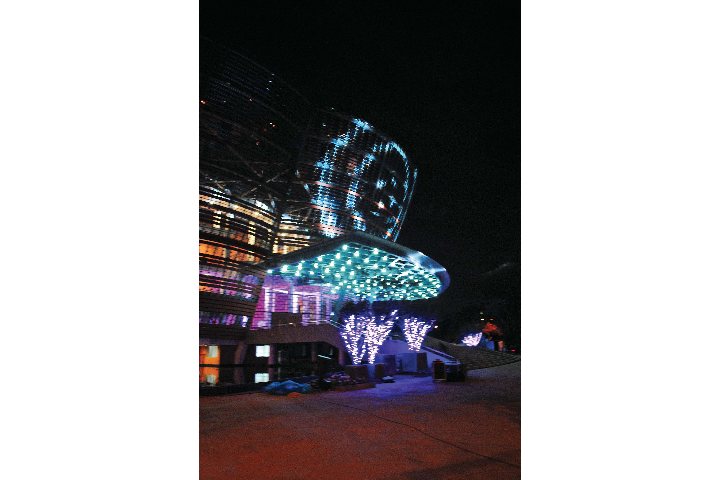 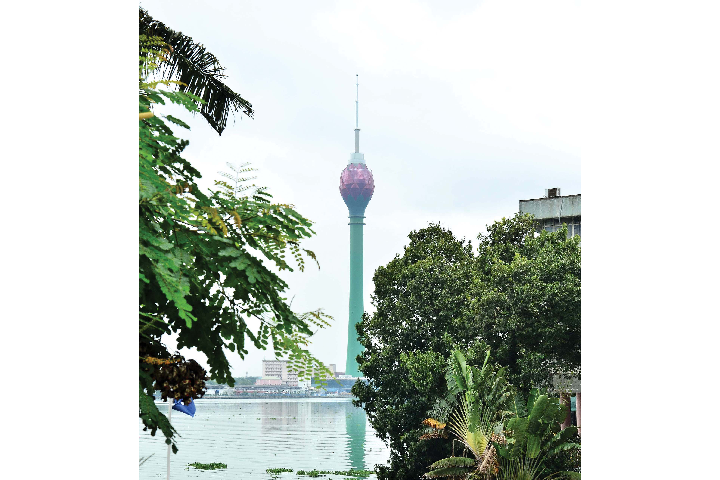 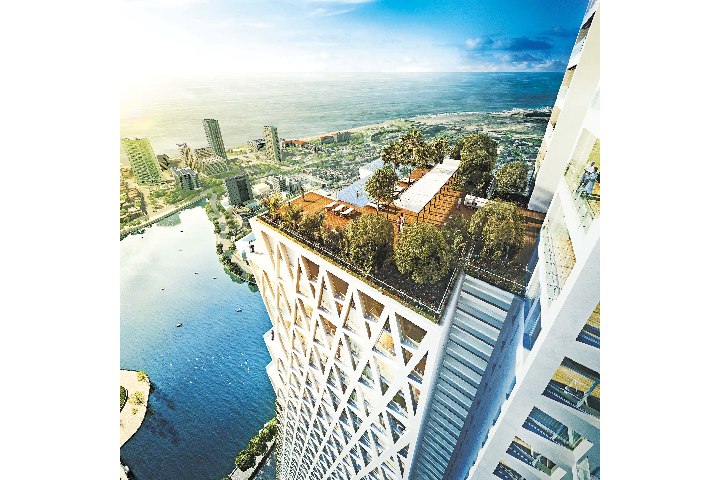 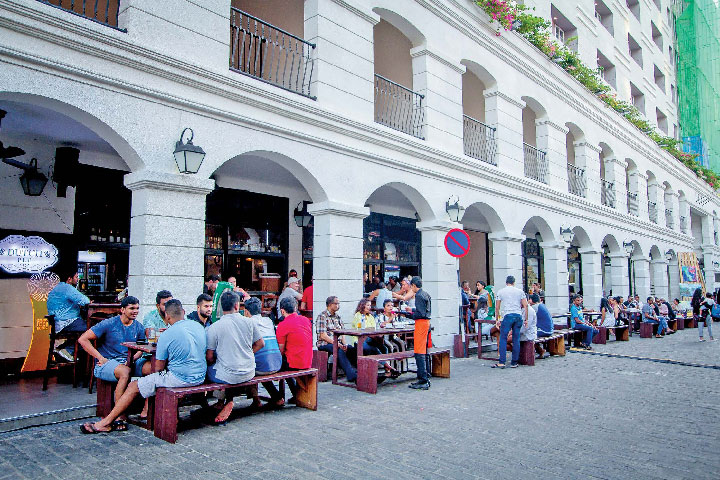 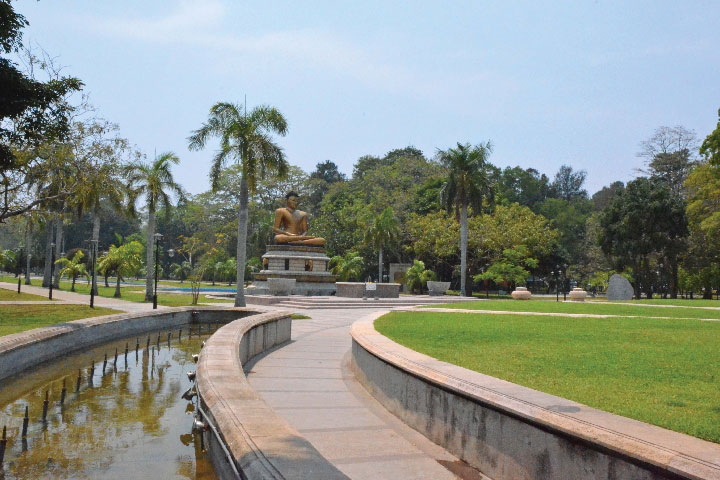 COSMO­POLITAN CITY Ever since it was discovered by Portuguese sailors back in 1505, Colombo has grown in popularity as a must-visit destination that offers visitors a gamut of attractions from the plush and glamorous to the regular and routine.

Cosmopolitan Colombo represents the perfect mix of commercial hype with shops galore, top-notch entertainment and blissful relaxation options, bringing the best of the East and West to travellers and residents alike. From its towering skyscrapers in the old colonial Fort to contem­porary villas and geometrically shaped apart­ment structures, the city has it all. Historically, the cityscape is rich with memories of a bygone era when sailors, traders and rulers of Portuguese, Dutch and English origin made their mark on Colombo, and its culture and people.

Remnants of colo­nial architecture such as Queen’s House – the residence of former governors general, now known as President’s House – the Old Parliament building, Republic Building, Treasury and former General Post Office are an echo of the early beginnings of the picture­sque port city in the Indian Ocean.

Ancient Colombo attracted many visitors from the East too, which included Muslim traders, Chinese merchants, Malay settlers and Indian workers. Small wonder then that this bustling city personifies diversity where variety paints a colourful picture today.

Colombo also boasts the iconic Galle Face Hotel, which was founded in 1864 and has hosted many an icon and celebrity (Maha­tma Gandhi, Yuri Gagarin, Princess Alexandra of Den­mark, Roger Moore and Richard Nixon were among them). In the same mould are the famous Mount Lavinia Hotel – in the outskirts of the city where the most idyllic stretch of beach is located – Tintagel and The Steuart by Citrus, which opened its doors to discerning guests in the Colombo Fort, more recently.

For the incessant shopper, Colombo presents an array of possibilities with many high end department stores, malls and elite shopping outlets offering everything from handmade batik silk sarees to the latest smartphones.

Exclusive gift shops like Paradise Road (four outlets), Barefoot, Cotton Collection, Gandhara and Galleria (which has many stores) cater to niche segments of the market, providing high quality products to customers who search for stories behind the brands they buy. For traditional gift shopping, Lakpahana and Lakmedura are worth a peek.

For the weary traveller, this magnificent port city and commercial capital of Sri Lanka is the ultimate place in which to rejuvenate and relax with tropical, herbal and sensual spa experiences that delight the senses. Spending quality time at some of Colombo’s top bra­ck­et spas – such as Spa Ceylon, Azmaara, Mosh, Sothys, The Wax Museum and Angsana City Club & Spa – will not only refresh your tired limbs but also prepare you for all the excitement the city offers.

Eating is a pastime to which the com­mercial capital enthusiastically caters, proudly concocting a mouth-watering collection of Sri Lankan, Indian, Chinese, Italian, Japanese, Mexican, Thai, Korean, Singaporean, European and French cuisine served in plush restaurants across the city. Wine and dine in the luxury of a candlelit dinner for two or a scrump­tiously laid out buffet at one of the city’s many hotels.

For a famous tea producing and largely tea-drinking nation, the commercial capital’s coffee culture has evolved in recent years. Which perhaps is why global brands such as Barista and The Coffee Bean & Tea Leaf are taking a collective omnipresence in and around the city.

Not to be outdone, and led by world renowned Ceylon Tea brand Dilmah, Colombo is also home to a variety of upscale teahouses – among them are The t-Lounge by Dilmah, Heladiv Tea Club, Tea Breeze and Tea Avenue.

Colombo’s theatre scene has always been an elite affair with the Lionel Wendt Theatre among the ‘go to’ venues for dramas, musicals and other performances. Enjoy Broadway musicals and renowned stage dramas, brought to life at this historic venue – it has been the hub of enter­tainment in Colombo since 1953. Other spectacular venues include the Tower Hall Theatre, Punchi Theatre and state-of-the-art Nelum PokunaPerforming Arts Theatre.

Nightlife is a glamorous and rocking affair in Sri Lanka’s commercial capital, where locals and tourists patronise the city’s many clubs, pubs, bars and casinos for a game of roulette, a night of dancing or a few rounds of cocktails.

Going green, lean and clean has become popular in Colombo in recent times with the emergence of beautifully landscaped parks, jogging tracks, cycling lanes and walkways laid out throughout the city.

Colombo is transforming itself into an exciting, bustling and experiential city by the day. Whether you are here on holiday, for business or a prolonged stay, there’s always something brewing for visitors to this metropolis by the sea. Slated to open their doors this year and not long thereafter are international hotels such as Hyatt, NEXT and ITC; and mixed development projects such as Cinnamon Life, and One Galle Face are potential game changers for Colombo’s skyline in the years ahead.

TRADITIONAL CITY Looking beyond Colombo’s upmarket life, the city’s hub is also teeming with activities, events and things to do, all of which offer a typical Sri Lankan experience – sans the expense and sophistication of its cosmopolitan creden­tials. As experienced by its residents, the city is brimming with crowd gathering venues that offer the perfect backdrop to Sri Lankan life.

Begin your day with a glass of nutritional kola kenda (herbal porridge) from one of the street vendors at a small wooden stall by the roadside or a cart that carries various herbal goodies.

A city rich in history and culture, Colombo is home to many museums where you can stroll into the past. The National Museum with its towering white building complex, has a variety of interesting artefacts including the jewel studded crown and throne of the last king of then Ceylon.

The Dutch Museum (on Prince Street) houses a collection of furniture, ceramics, coins and weaponry from the Dutch era. The tallest building in Colombo in 1914 – the Central Point (also known as the Economic History Museum) – with its tall and circular atrium is another place to add to your history bucket list.

Lunch options in town are endless in terms of both cuisine and price. Almost every street corner has a buth kadé (rice and curry eatery) that serves the staple Sri Lankan diet – mouth-watering curries, spices, con­diments and steaming rice, wrapped in a fragrant banana leaf. Finish off lunch with a refreshing scoop of vanilla ice cream, or a heavier and richer watalappam– a steamed pudding made with coconut milk, eggs and jaggery.

Being a multi-ethnic and multicultural city, Colombo is home to four main religions – viz. Buddhism, Christianity, Islam and Hinduism. From the awe-inspiring Gangaramaya Templewith its glistening walls, to the Seema Malaka Temple (on the Beira Lake) with its rows of elegantly sculpted Buddha statues, exploring the holy sites of Buddhism will bless you with a sense of serenity amid the rapid pace of city life.

And Vesak is a dream come true for photo enthusiasts as the festi­vities are full of multi-coloured lights, adorned elephants, traditional dancers, lanterns and pandals, all paying homage to Lord Buddha.

Visit the many kovils in Colombo, like the Sri Bala Selva Vinayaga Moorthy Temple, Sri Sivasubramaniya Swami Kovil and Sri Muthumariamman Temple, and you will be amazed by the ornately carved gods and goddesses in their colourful glory.

Then take in the sights of the Jami Ul-Alfar Mosque (better known as the Red Mosque) in Pettah, which stands in perfect unison with the religion and Islamic architecture. It bears historic importance as one of Colombo’s oldest mosques.

The city’s many churches – including the colossal St. Lucia’s Cathedral (in Kotahena), tranquil St. Theresa’s Church (Thimbirigasyaya) and the historically rich Wolvendaal Church (in Pettah) – are shining examples of how European influences have helped define local architecture.

Fancy a bout of adventure? You’d like to get (enjoyably) lost? Visit Pettah, where shopping is both exciting and challenging. This is where high returns are on offer, if you are good at striking a bargain. Just about every­thing from smart refrigerators to sneakers is available in this bustling suburb, in what is a seemingly endless collection of shops where prices are cheap and variety is not in question.

Heading off to Galle Face, Colombo’s best-loved seafront hangout, is a treat in itself. In addition to the salt scented winds, kite flying, achcharu (pickled fruits) vendors and the much sought after isso wadei (fried lentil patties with bite after bite of spicy prawns topped with a thick gravy and sliced onions), this open stretch of greenery is also a walker’s haven.

Other crowd pullers in Colombo include the Viharamahadevi Park and Independence Square, which are teeming with city dwellers in the evenings as parents and children flock to enjoy good times while snacking on cotton candy and other delights. These re­creation parks also cater to the whims and fancies of walking men and women, and joggers.

As the sun sets, the streets of Colombo come to life with the rhythmic beat of kottu roti being prepared, which will put you in the mood for a binge eating night in town. Hidden eating streets, such as the many in Hulftsdorp, offer never before seen culinary delights from cuttlefish eggs, mutton brain curry and soft Arabic khubbus, to crunchy batter-fried fish. Try a little bit of every­thing… and down it with a cool sugary faluda that will satisfy even the most ravenous foodie.

And finally, for sightseeing, the must-see buildings include the World Trade Center (Sri Lanka’s twin towers), BMICH, Parliament building, Supreme Court, Planetarium, Town Hall (the White House as city people call it) and Fort Railway Station, for a mix of old and new.

Be it a cultural expedition, food adventure, history exploration or simply fun, Colombo caters to both cosmopolitan and traditional visitors. Make a date (or two!) with Sri Lanka’s bustling city, to satisfy your travel pangs and etch memories that will last a lifetime.